Lefty’s opened in 2018 after Tara came home to the Yarra Valley following two decades in the city, developing her professional repertoire working at various legendary Melbourne CBD barber shops. It’s been a long road since Lefty’s first haircut back in ’98, when she got into the industry because “Dad was going to kick me out after I finished school!”. What keeps her interested is the creative side, and the community side.

Outside of work you’ll find Lefty in her Nan and Pop’s old farmhouse in the Yarra Valley where she lives with hubby and their four kids. On the rare occasions that she’s not in the shop or ferrying the young ‘uns around, you’ll see her hunting in an Op Shop, enjoying some Hey Tiger! chocolate or on the business end of a nice local craft beer. Read on to find out about her first ever haircut disaster…

Do you remember the first haircut you ever gave someone?

It was terrible! I don’t want it known to anybody. I hadn’t even picked up scissors, never mind practiced on a manikin, when my boss said “you’re doing this haircut” and sent me out there. I’d never used scissors, pair of clippers, anything! I was shaking, I didn’t know what to do. They said “can I just have a short back and sides, bit longer on top” so I got the clippers and just left this little sprout at the top. I was laughing, I couldn’t control it, and didn’t know what to do, so I just had to shave it off and they charged him $37.50! Was he happy with it? He hated it! That was 1998/1999. A lot of things have changed in 20 years!

What got you interested in barbering in the first place?

Not a romantic story! I had to get a job because Dad was going to kick me out after I finished school in 1996! It was either hairdressing or the chemist and so I went to two interviews and got the hairdressing job. But THEN I came to love it, though there was no romantic background.

What do you love about your work, what gets you excited to be a barber?

I love the creative side, I love the feeling when someone walks out feeling great about themselves, it’s like a little pick-me-up for people, you can really change somebody. Change the way they look and carry themselves. It’s transformative. I love doing the wilder creative stuff, that’s what gets me excited, I love when somebody sits down and says I can do what I want, at which point I ask “are you positive about that!?”, but that only happens about once a week. It takes a certain type of person to be like that, but I can say that I’ve pretty much got a 100% happiness rate when people DO let me do that! Unlike 20 years ago! But I get as much satisfaction from doing an everyday haircut as long as they get that same feeling when they walk out the door and they think “I wish I’d done that weeks ago”.

What makes you different to other barbers and barbershops?

I’m all-inclusive, there’s no type of person I don’t want to walk through the door. I love the pensioners, they’re some of my favourite clients, they’re pretty easy-going and they’ll say “just do whatever”, just make me look good. I don’t have any preference or prejudice, we welcome anybody who walks in.

Unlike other barber shops who won’t cut womens’ hair, or won’t do a fade on a female person, it doesn’t matter to us what gender somebody is – if they want the type of haircut we offer, come on in and jump in the queue, we’ll be with you ASAP. The price is the same regardless of your gender, unlike women-specific hair salons who’ll charge you three times the price for a fade depending on your gender.

We also find that our queuing system is quite popular, as other places use a booking system which means that you can’t get an appointment for three or four weeks, whereas at Lefty’s you’ll never miss out – all you have to do is go to our website and check in with your name, and we’ll cut your hair that day. We also open early: 8am. 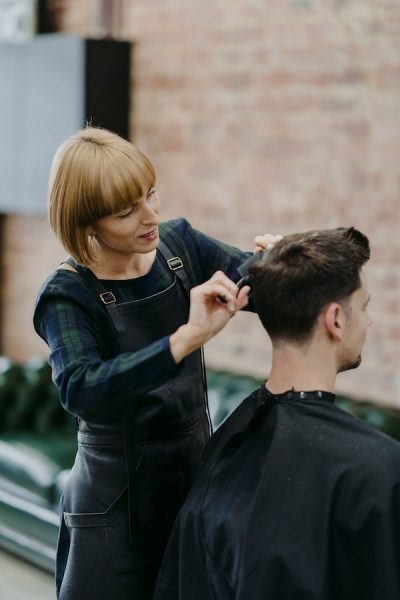 What do you love and identify closely with in terms of both long-term and short-term trends in the barbering world?

The main one is that I’m a woman, but there weren’t woman barbers until recently. I worked in the city as a barber and I would get people who didn’t want me to cut their hair purely because I was a woman. That’s changed, and I love that.

We offer a treatment more than just a haircut. We do a lot of little extra touches. For example, when we do a hot towel faceshave, we use lavender and eucalyptus in our hot towels, we always use aftershaves, serums and moisturizers after all our services, we always clean down our workspace extremely diligently. We’ve got that softer touch as well. I think we’re going to grow that, we do nose waxing, ear waxing, eyebrows if you want, we’re going to add masks, people actually ask about it now. I think barbers used to be a place where you got a quick haircut, and had a chat with a bloke. People see more now that it’s a skill, more of a craft than a trade.

What’s the nicest feedback you’ve heard about you and your shop, or some typical positive feedback you get?

The other day I had a customer tell me “I’ve never gone to a barber shop consistently, I always float around”, but he’s been here five times in a row and he said it’s because we’re really professional. My main thing that I bang on to the team about is, “if you’re not sure how to act, go to professionalism”. That was massive as it shows that we’ve achieved our main goal. 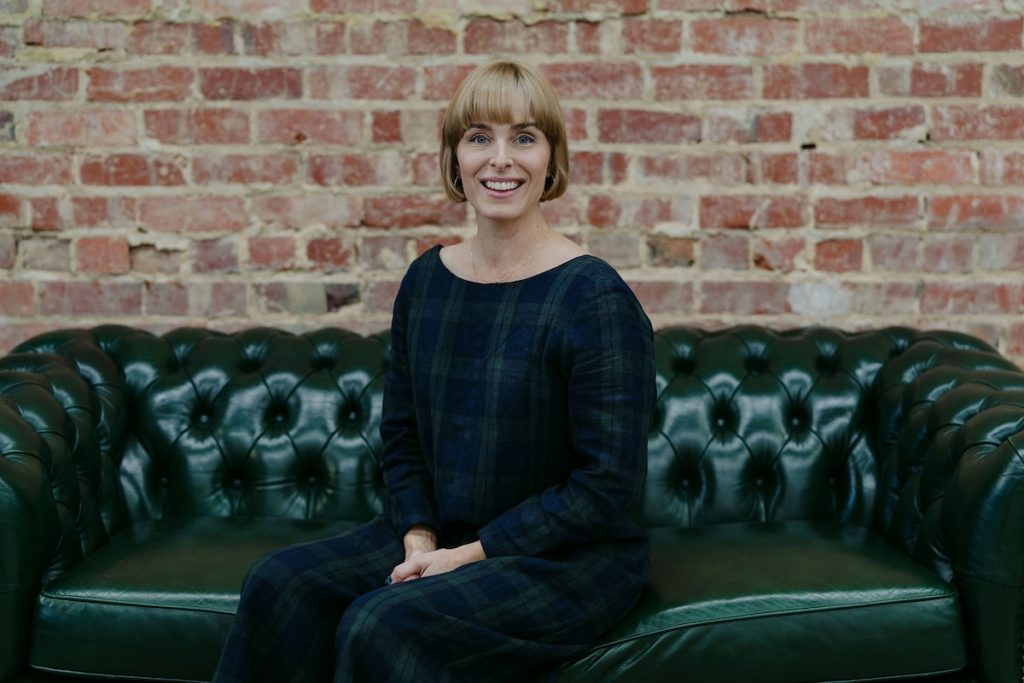 CLICK HERE TO MEET THE REST OF LEFTY'S TEAM